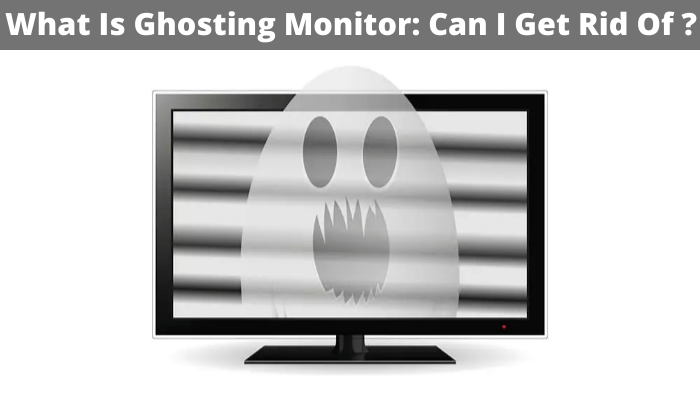 If you’re wondering what a ghosting monitor is, you’ve come to the correct place. In this post, we’ll explain What Is Ghosting Monitor.

Display ghosting is a common issue that can affect any monitor. If you’re playing a shooting or arcade game, you’ll almost surely encounter this issue, which can completely derail your gaming experience.

It can also occur while editing videos or performing other tasks that need you to exhibit fast-paced sequences.

The good news is that detecting whether or not your screen is affected by this issue is straightforward. There are also several well-known and effective solutions.

In this article, we’ll explain what monitor ghosting is, why it occurs, and, most importantly, how to fix it. Continue to read for everything to know about:

What is Ghosting Monitor?

Monitor ghosting, also referred as screen ghosting, is a display/monitor issue. It has nothing to do with the software you’re using. Monitor ghosting is prevalent when there are several graphics moving fast on your screen or when you move your mouse quickly. You’ll probably see the following if your game is ghosting on your monitor:

You may be perplexed as to why your display is ghosting. Although LCD monitors are the most prevalent source of ghosting, the refresh rate and reaction time of any monitor are the most significant factors to consider. It is, simply put, a screen.

Simply put, your screen’s refresh rate refers to how often it displays a new image. The display refreshes sixty frames per second, for instance, with a 60Hz refresh rate.

Response time, on the other hand, is the time it takes for a pixel to shift colors. The more sensitive your display is, the slower it will react.

If your display has a low frame rate and a long reaction time, screen ghosting seems to be more likely to happen.

What can I do to get rid of the ghosting on my monitor?

You may run a number of tests online to discover whether your screen has a ghosting issue. The most commonly used device is the UFO Test.

You’ll get a green signal that reads READY if your display doesn’t have any ghosting issues. Otherwise, an orange alert will emerge, indicating a specific display issue.

If you’ve solved the problem, look at the answers below. You don’t have to try all of them; simply start at the top and work your way down until you find one that works.

Examine the cord that connects your display to your computer:

To begin, make sure your monitor cable is properly attached. If the issue persists, try unplugging and reconnecting the cable.

You should also look for damage to your monitor cable. A faulty monitor cable might be the source of monitor ghosting, in which case you should replace it and check whether the problem persists.

Proceed to the following step if the monitor cable is functional.

Examine any other devices that are connected to your computer:

Other devices connected to your PC, such as your mouse or speaker, might occasionally interfere with the display’s functionality.

It might be a matter of proximity, in which case you should keep your display away from such devices.

You might also try disconnecting each device a few at a time to see whether the ghosting persists. Make careful to check the wireless devices as well.

If you think one of your devices is causing the ghosting, don’t use it with your display at the same time. If this solution doesn’t work, try the next one.

The refreshing rate & response time, as explained previously, are the two main factors that create ghosting. You may adjust your monitor’s settings to acquire a quicker refresh rate and response speed, which will help prevent your display from ghosting.

As needed, adjust the reaction time:

Monitor manufacturers have made this easy for you by enabling you to change the reaction time from the OSD menu:

You can boost the refresh rate on your monitor if it has one to eliminate monitor ghosting.

Aside from response time and frame rate, other display settings might be attempted to see if they assist with screen ghosting. Make careful to test your display’s functioning while you’re modifying it.

Even while we earlier said that display ghosting is more often caused by a monitor than a GPU, you should still consider updating your graphics driver.

If you can’t find out what’s causing your monitor to ghost, this is a good option because it generally fixes and prevents a variety of display issues, including monitor ghosting in your case.

One way to keep your graphic card driver up to date is to use Device Manager to manually update it.

Even though Windows claims your driver is up to date, you should check Device Manager to see whether a newer version is available and upgrade it.

Look for latest edition of the correct driver on the manufacturer’s website. Make sure the driver you choose is compatible with your Windows version.

If you don’t have the time, patience, or computer skills to update your drivers manually, third-party software can handle it for you.

The most prevalent reason of ghosting is the slow reaction latency of some LCD screens.

The real pixels can’t keep up with picture as it’s updated, resulting in a blurring appearance here on monitor.

Is there a need to be concerned about monitor ghosting?

Other monitors side effects, such image persistence or burning, are less harmful. Instead, the only visible effect is a hazy trail for scenes with objects moving, with no change in the real images.

So that’s it from us if you’re trying to figure out what a ghosting monitor is. Your screen would most likely ghost if the video connector on your monitor is broken.

Because detecting and repairing the broken component is difficult, we suggest taking your screen to a neighborhood repair company. If your monitor is still under warranty, you may also contact the manufacturer for support.